Mowgli the yellow lab was camping with her human family and wandered off at dusk one evening in the forest west of Lyons, CO. After three days of searching, Mowgli was spotted on a large rock outcrop on a cliff over North St. Vrain Creek. The owners called 9-1-1 for assistance.

Access to Mowgli was achieved by driving approximately 5 miles of 4wd dirt forest roads, staging vehicles, and then hiking in about 45 minutes to the creek. Mowgli was stranded on the far shore with no access from that side. Swiftwater rescue technicians from the Boulder Emergency Squad and Boulder Fire Rescue dive teams swam across the creek and hiked up to the outcrop. There they found Mowgli in fairly good condition, although she was tired and dehydrated. Rescuers constructed a rope and rigging system called a Tyrolean high line and evacuated Mowgli back across the creek to safety where she received lots of hugs from the rescuers and her owners. 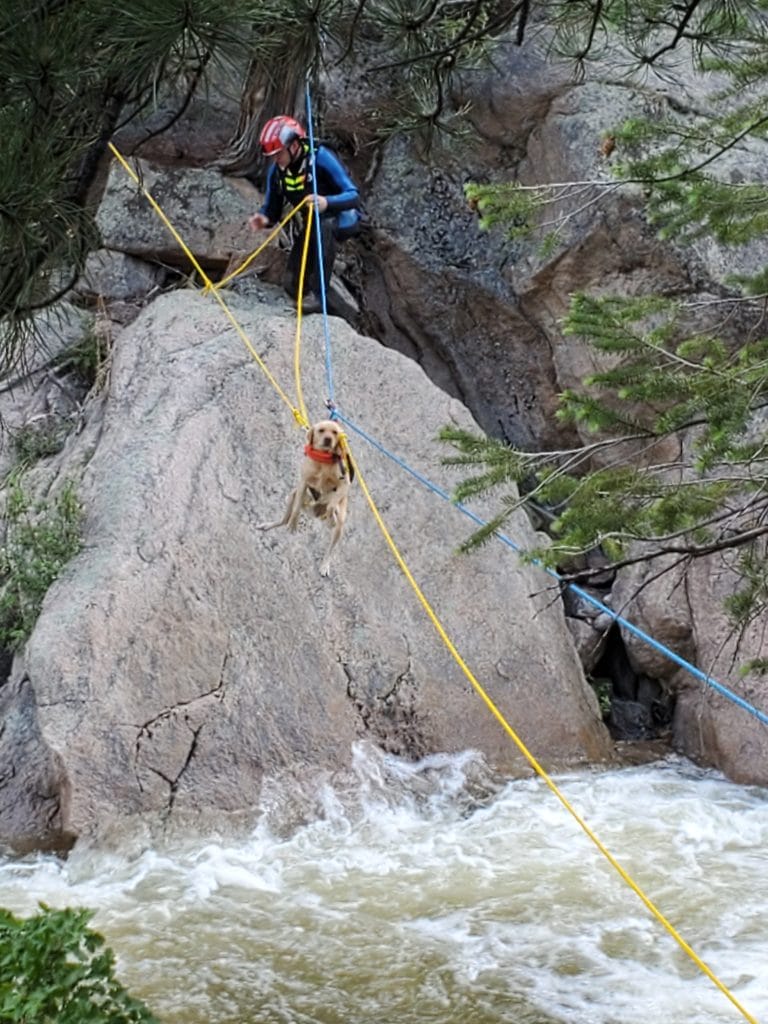